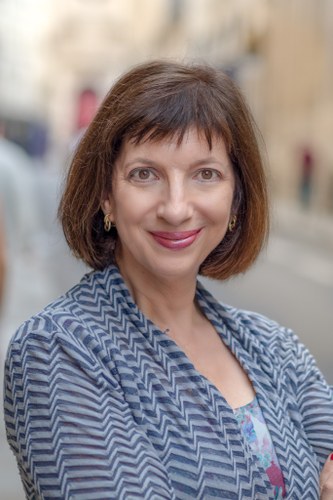 Dr. Silverman's fields of specialization include French society, culture and politics, 1870-1914, Art Nouveau, history of the book/print culture studies and France and the Holocaust. She is the author of The Notorious Life of Gyp: Right-Wing Anarchist in Fin-de-Siècle France (Oxford UP, 1995 and in French translation: Gyp, La dernière des Mirabeau, with a preface by Michel Winock [Plon-Perrin, 1998]); The New Bibliopolis: French Book Collectors and the Culture of Print, 1880-1914 (U of Toronto P, 2008), which received the 2009 Aldo and Jeanne Scaglione Prize for French and Francophone Studies, awarded by the Modern Language Association; and Henri Vever, champion de l'Art nouveau (Armand Colin, 2018), which was the subject of a 2018 symposium at the Musée des Arts décoratifs in Paris. She has published articles in Book History, Dix-Neuf, Contemporary French Civilization, Historical Reflections/Réflexions historiques, Nineteenth-Century Art Worldwide, Nineteenth-Century French Studies and Quaerendo. In 2017 Dr. Silverman was a Visiting Fellow at the Van Gogh Museum, where she led a seminar entitled "Life and Art in Belle Époque Paris: Collectors, Decorative Arts, Esthetics." She has given public lectures at the American Library in Paris, the Bard Graduate Center, the Freer and Sackler Galleries of the Smithsonian Institution, and (Spring 2021) at the Virginia Museum of Fine Arts. She is currently working on a book about Franco-American culinary exchanges from the mid-nineteenth to the mid-twentieth century.