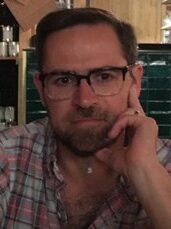 Burleigh Hendrickson is a scholar of French Empire and decolonization. His research and teaching apply transnational and comparative approaches to the history of the Francophone world, with emphasis on the Maghreb and West Africa. His current book project, “Decolonizing 1968: Student Activism and Beyond in Tunis, Paris, and Dakar,” focuses on the postcolonial relationships between France and its former colonies during the global protests of 1968. Combining extensive, multi-sited archival research with the oral histories of former activists, his research makes visible the enduring links between France and its ex-colonies at the end of formal empire. He is also interested in cultures of protest, knowledge production, and historical claims for human dignity. He is the past recipient of Mellon research and writing fellowships from the Council for European Studies and the Social Science Research Council (IDRF), as well as a Fulbright-Hays Fellowship and a research grant from the Society for French Historical Studies. Outside of the field and the classroom, he is a lifelong pug enthusiast, a devoted college basketball fan, and an aspiring carpenter.