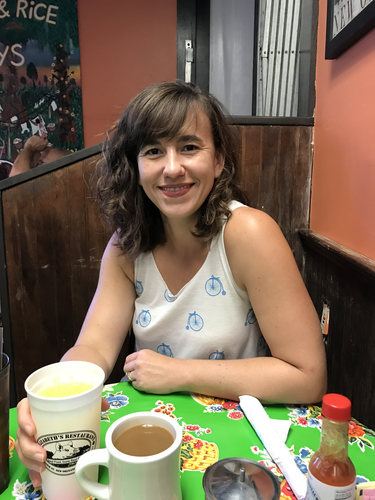 Tracy Rutler is a scholar of early modern French and Francophone literature, with a particular interest in the eighteenth century. Her research and teaching interests include queer studies, disability studies, psychoanalytic theory, political philosophy, and early materialist and vitalist theories. Her first book, Queering the Enlightenment: Kinship and Gender in Eighteenth-Century French Literature (Liverpool UP, 2021), demonstrates how the heteronormative bourgeois family’s rise to dominance in late-eighteenth-century France had long been contested within the fictional worlds of many French authors. She is currently working on a second book, tentatively called Careful Science: Reimagining Disability in the Early Modern Francophone World, which examines medical texts alongside fiction, diaries, and accounts of healing practices in many early French colonies to show how we might redefine the meaning of dis/ability.

Her research has appeared or is forthcoming in French Forum, Criticism, The French Review, L’Esprit créateur, and French Studies, as well as in an edited collection on gender and affect. She has received numerous awards and fellowships for her research and is the co-creator (with Valentina Denzel, MSU) of the “Legacies of the Enlightenment” project, which examines how Enlightenment ideologies continue to inform and haunt our current worldviews. This project seeks to transform how we both research and teach the period commonly referred to as the Enlightenment, in part by offering a collection of research and teaching materials available freely for use by anyone with an interest the Enlightenment and its effects over the centuries. For more information on this project, or to become a contributor, please visit the website: legaciesoftheenlightenment.hcommons.org.